We spent the majority of last month prototyping a new graphical interface for Eve. We’re exploring new ways to interact with Eve that enable us to more quickly express the programs Eve is targeting. Such workflows should have the property that building a simple application (like the incrementer or bouncing balls examples) should require very little coding, and you should be able to build them within a few minutes. Here are some example videos that demonstrate the prototype interface at work: 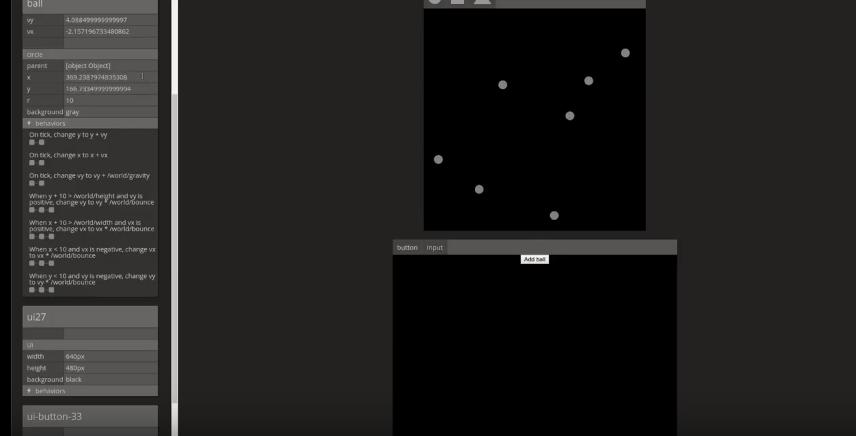 We started a thread on the mailing list where we will be posting more of these videos as the interface becomes more robust. We’re going to hold this prototype back from release until the end of October, just to get it a little further along; but in the meantime, we’d like to hear any feedback you have!

One of the things we’re trying to do with this prototype is to make sure the programs we want to build are easily expressible. Therefore, we are also mocking up how various programs might be built in this interface. We’ll be making our examples more complex over time, so we can be sure certain programs can be easily expressed in this interface. If you have any ideas about programs that might be hard to build in the prototype interface as demonstrated, let us know and we’ll mock-up a solution that will guide our development.

Eve Around The Web

Coming up this month, Chris is giving a keynote presentation at SPLASH 2017 titled: “Eve: tackling a giant with a change in perspective”. If you’re attending SPLASH this year, his talk will be on October 25th at 08:45 AM. We look forward to meeting you there!